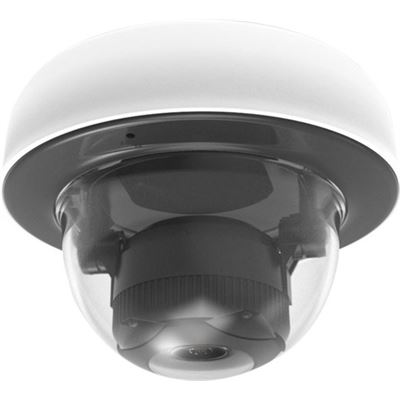 We source this product from more than one supplier so take your pick!

The MV12 series, MV22 series, MV72 series and MV32 are part of the second generation of cameras from Cisco Meraki which introduces powerful onboard analytics capabilities, including machine learning for intelligent object detection and person tracking. This new generation of smart cameras also introduces the ability to deploy wirelessly, allowing for seamless deployment in almost any environment.

The MV12 series offers several different indoor, fixed focus models that each include all the advanced analytics and other new features introduced in this generation in a smaller form factor to more easily integrate into existing environments. The MV22 and MV72 series each bring the advanced analytics and wireless capabilities of the MV12 to the full sized lineup of varifocal cameras for both indoor and outdoor models. The MV32 features the same innovative architecture as the rest of the MV family, and adds 360° viewing to provide greater context of an area.

Alongside the new analytics and wireless capabilities the second generation also introduces audio recording, 256GB or 512GB of onboard storage, and up to 3x optical zoom on the MV22 / MV72 series that can be configured and adjusted directly from the Meraki Dashboard. The MV72 series also features increased weather and impact resistance when compared to the original MV71.

Be the first to write a review

END_OF_DOCUMENT_TOKEN_TO_BE_REPLACED

If you're after a number of items let us know and we'll see what we can do.

We're here to help so let us know what you're after and we'll see what we can do.